Anne made her way into my family almost 40 years ago when a good friend of my parents gave the book to my mother. Although my mom reads a lot of fiction she was less familiar with poetry and found Anne to be perfect because it read like a novel in verse. The book stayed on our shelf until it found a new reader in me some 30 years later.

When I first took Anne off the bookshelf, I found it to be a strange, dark book, with an obscured woman’s profile on the cover and made from an unusual material, a thick paper that almost felt like cloth (this was Det Norske Samlaget’s fantastic first edition of the book). The small, square book did not seem to me any less strange as I started to leaf through it, only to reveal sparse and rectangular pieces of text on each page, making me wonder what kind of literature this could be. I read it several times in that first sitting, working to make sense of the way narrative emerges, the play between the found text and Paal-Helge Haugen’s own words.

One of Norway’s most prolific and famous poets and the author of over 30 books, Paal-Helge Haugen has had other works translated into English, and Anne has been translated into several languages, but never in English. This is curious considering it’s never been out of print in Norway, where it was first published in 1968 and quickly achieved cult status. Det Norske Samlaget’s current description of Anne reads as follows:

Anne by Paal-Helge Haugen was first published in Norway in 1968, and was soon considered a modern classic. The book introduced the genre punktroman, and has had an important legacy in Scandinavia. Documentary fragments from sources such as Bible verses, hymns, medical and death records, are woven together with personal narrative in this intense story of a young woman’s life and death in rural Norway around the turn of the 20th century.

I think the term punktroman holds the key to the magic of this book. Initially I thought this should be translated as bullet-pointed novel, as punkt in Norwegian means point and roman means novel. To me, the term invokes the idea of building blocks, meant for the reader to arrange as she sees fit. Later on I read another interesting translation of punktroman in Karl Ove Knausgård’s My Struggle 5, which was pointillist novel. This translation refers to the technique of painting in which small, distinct dots of color are applied in patterns to form an image, made famous by Georges Seurat.

The pointillist painting technique relies on the ability of the eye and mind of the viewer to blend the color spots into a fuller range of tones, and I can see how this feels analogous to punktroman. Implicit in the idea of punktroman is that what the reader brings to a work like Anne is as important to the production of meaning as what she has been given by the author of the book. When you look at a pointillist painting from the right distance, the eye fills in the “missing information”; similarly, any reader of Anne will bring her own experiences to the book and make meaning of the fragments Haugen has included.

The closer you look at a pointillist painting, however, the fewer shapes your eyes are able to make out. When you are standing right in front of one of these works, your eyes only perceive dots and the meaning dissolves. In Anne, Haugen has arguably provided the outline of a novel, so that one book contains the possibility for different versions, and allows room for the reader’s imagination. But Haugen’s story does not dissolve upon closer inspection, rather it gains significance, begs for interpretation. The details included – the placement of found text within the work, the way in which the narrative plays out – all contain a wealth of information to unfold.

I began my translation in the fall of 2014, and although the similar sentence structure of Norwegian and English allowed for much of the work to move smoothly from one language to the other, I also met with challenges. The most significant one was how to represent the different tones in Anne, which to me are very much impacted by the two languages used, and the cultural significance of this.

To explain, much of the found text in Anne is written in Riksmål (or Rigsmaal as it was called back then), as most religious and public texts from the 19th century were in Norway. Riksmål can be explained as Danish with only minor Norwegian modifications. Until 1814, Norway was a part of Denmark. After several hundred years of living with Danish language and culture, it became increasingly important to celebrate Norwegian history and culture, which led to a change in our written language.

Language reforms (the first in 1907) have contributed to Riksmål becoming more “Norwegianized” and since 1929 the form was renamed Bokmål. Of Norway’s two official written languages, Bokmål is now the more common. Haugen’s own words in Anne are written in Nynorsk (originally Landsmål), a language that was created by collecting words from different dialects around Norway, to create a written tradition closer to how people actually spoke in the country. Nynorsk is today the other official written language in Norway, but there is public debate about whether we should continue to use it and teach it in schools. Det Norske Samlaget exclusively publishes books in Nynorsk and dialect, which is one of the ways that this beautiful language is being kept alive.

The nuances between Riksmål and Bokmål and the contrast of Riksmål to Nynorsk are clear to a native Norwegian speaker, who would know the story of Norway’s written languages. Norwegians would recognize that the found text in Anne is dated from the use of Riksmål, specifically from differences such as the Danish aa being used instead of å, or the soft Danish consonants of b, d and g in place of the harder consonants p, t and k, which are used in modern Bokmål.

From a translator’s standpoint, I was concerned about what the text would lose in English. In the religious texts this was less of an issue, as I could look to the King James Bible for language that reads as dated to English-speaking readers in a similar way to how Riksmål reads to a Norwegian speaker. In other cases, I would try to be historically accurate by looking up synonyms and choosing one that was commonly used in the 19th century.

As I started to fine-tune my translation, I tried another method. Because I couldn’t reproduce the languages and history of Norway in my English translation, I looked at phrases that would be jarring to a Norwegian reader, and tried to produce a similar effect in English. In this endeavor, Paal-Helge Haugen came to my rescue many times and offered solutions that heightened the English translation. Haugen also generously helped me work through dialect words and meanings that I had not perceived, as I myself write in Bokmål, not Nynorsk.

After this process, as I reread the English translation side-by-side with the Norwegian, the strangeness I was perceiving in the Norwegian was beginning to come through in the English, even in the places where I was worried the different languages of the original were the only possible sources of the unfamiliar tone. I think John Berger’s thoughts on the triangularity of translation are fitting here:

Translation is not a binary affair between two languages but a triangular affair. The third point of the triangle being what lay behind the words of the original text before it was written. True translation demands a return to the pre- verbal. One reads and rereads the words of the original text in order to penetrate through them to reach, to touch, the vision or experience that prompted them. One then gathers up what one has found there and takes this quivering almost wordless “thing” and places it behind the language it needs to be translated into. And now the principal task is to persuade the host language to take in and welcome the “thing” that is waiting to be articulated.

I’ve often thought about how Haugen began this project, about what first piqued his interest. I’ve purposely not asked him because I think a novel like Anne likes to pose more questions than it answers. A lot is gained from allowing the readers to make up their own ideas of how this book came into being. Personally, I like to think that Haugen came across the source text that is used in Anne and found that a narrative was emerging: inviting him to share the story that he was seeing.

What was most important for me to show in the translation of Anne was the care with which Haugen has used found text, at once allowing the narrative to be impacted by and to impact this text, but also, very carefully not allowing the book to be read in a single way. The room for play, and for the making of many different meanings, is in my opinion the greatest gift Haugen gives his readers. This may be the “quivering, wordless thing” hiding behind the (many) language(s) in Anne, and what I hope English-speaking readers will enjoy most about this very special book.

Paal-Helge Haugen (b. 1945 in Setesdal, Norway) has published over 30 books (poetry, fiction, children's books, plays, essays) and books or selections of his work are translated to some 20 languages. He considers himself primarily a poet. He has received all the major Norwegian literary prizes, in addition to the Dobloug Prize, awarded by the Swedish Academy, The Richard Wilbur Prize (USA) and 'Edvard' (The Grieg Prize) for texts to music. His titles in English include Stone Fences (University of Missouri Press, 1986), Wintering with the Light (Sun and Moon Press, 1997), and Meditations on George de la Tour (Bookthug, 2013).

Julia Johanne Tolo is a poet and translator from Oslo, Norway. She is the author of the chapbooks August, and the snow has just melted, from Bottlecap Press, and holes of silver from Ghost City Press. Recent translations and poetry can be read in Fugue Magazine, Brooklyn Rail, Copper Nickel Journal and EuropeNow Journal. Julia is an MFA candidate in poetry at Queens College CUNY. 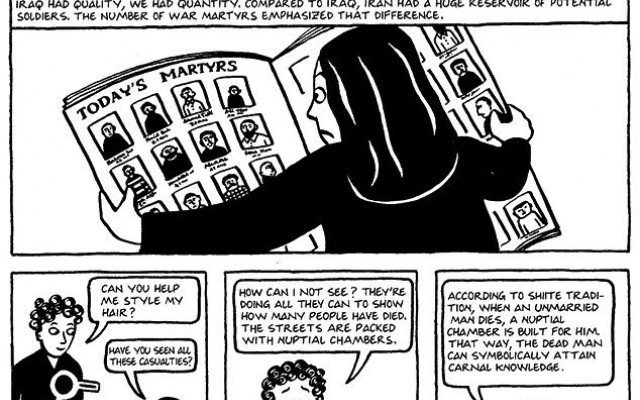 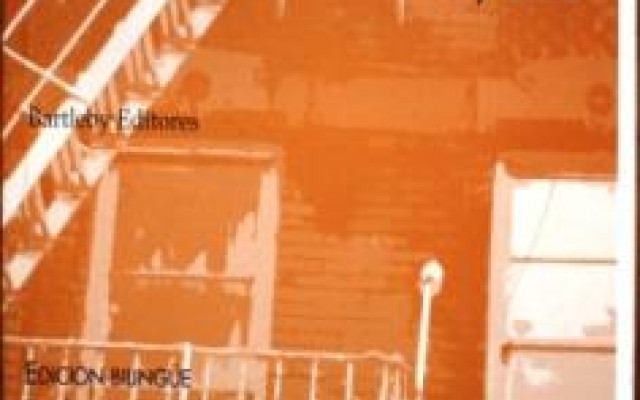 No Footnotes on Stage: The Theater Translation Episode